Solera, lera, whatever may be, may be

It is not a disease. 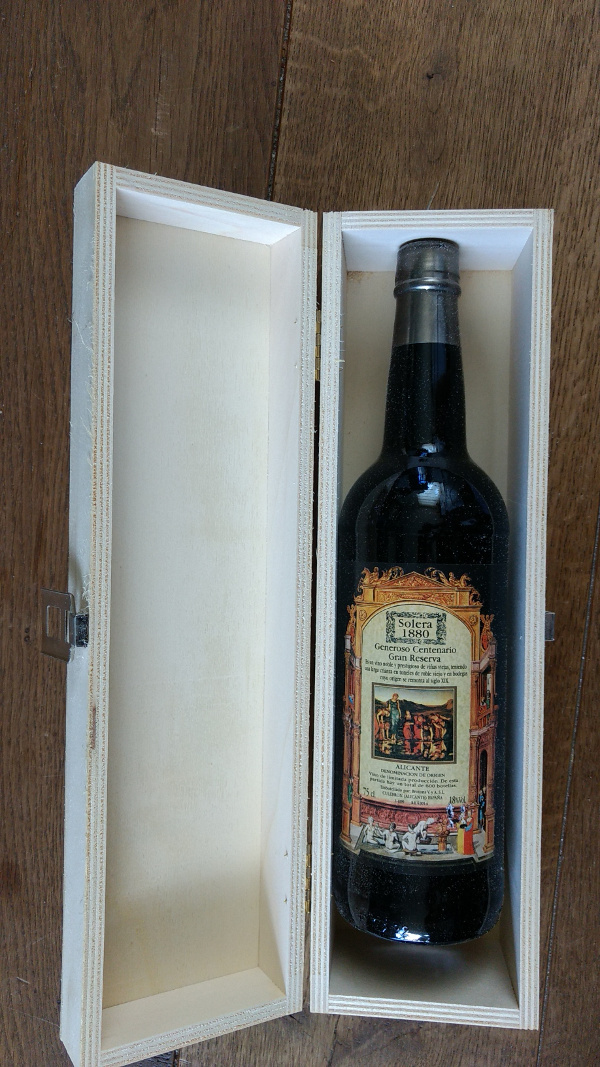 Yes, you are correct. 1880. I bought it a few years ago from my parents in Spain.

Well, yes and no. Solera is a way of blending wine.

A blend of all the years from 1880 and on is created. Obviously there is not much left of the wine created in 1880.

But still: Is’nt it a great idea to drink something that has survived generations, crises and all distucting world wars?

What is a good time to drink such a wine?

Posted in Wine | Comments Off on Solera, lera, whatever may be, may be

Wine for the confused

You are going to love this.

Wine for the confused!

Posted in Wine | Comments Off on Wine for the confused

Which is the best; A cork or a screw cap? For years a big discussion in the world of wine. Cork slowly lets air through. This improves the wine and it becomes more balanced. The screw cap should not do this. As far as I know this information is not correct and screw caps have a linet that can let a bit air in the bottle. This discussion is out of my league. Which is better? No idea. Perhaps it even depends on the wine.

However I can say which is more fun. Obviously the cork is much nicer. Uncorking is a small ritual that belongs to a good wine. The plop creates expectations and sets the mood. You take the time to enjoy the moment. 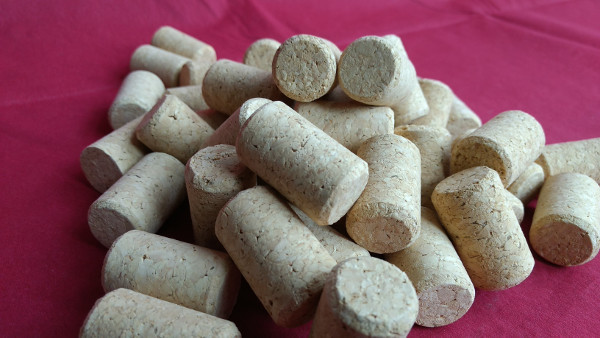 But that is also not what I wanted to discuss.

I wanted to talk about a myth that may not be known by “normal” people. The myth is that you cannot store wine standing up. It seems a bit far fetched to me. Closed is closed right?

The idea behind this myth is that de cork is dry when the bottle is standing and when it dries out it lets air pass through. The air oxidizes the wine and it goes bad.

I believed that this was nonsens until I bottled a batch of elderberry wine. I did not have place and was forced to leave the bottles.

When I opened a bottle I noticed that the wine was not as nice as I expected. Not a disaster but simply not as good. It took me a while to link the facts but after some time I realized that the bottle had been standing for a long time!

What a surprise: The myth is correct: You can’t store a wine standing up!

Posted in Wine | Comments Off on The cork!

The recipe is perhaps a bit vague but I did not find a clearer one at that time. I made this wine more than 7 years ago. In some way I regret making wine from the flowers because there will be no berries after picking the flowers. 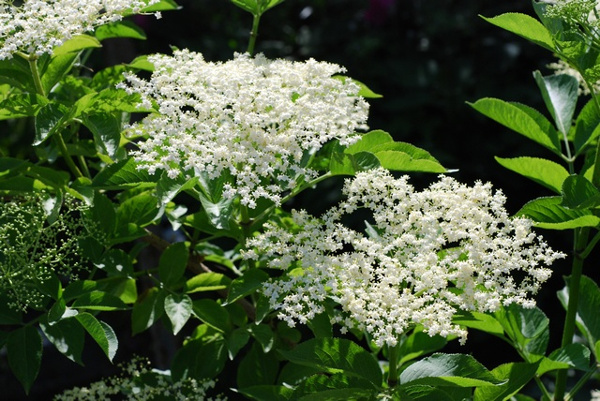 The recipe for 25 liter

After about 6 months the wine is finished. For an average wine drinker it takes some time to get used to it. Which does not mean that it is a bad wine, but the modern person is not able to handle change very well. The wine has a very strong flavour and aroma of flowers. I wrote Wild, Natural, and Powerful especially for a white wine in my notes.

Next time I would use a bit less acid.

The wine is interesting. A lot of taste but as mentioned before: Not a wine for everybody. Elderflower is a very nice addition to an otherwise bit plain wine. Add a few grams to apple wine!

You may have noticed that the total weight of acids is not 150 grams. Since malic acid and citric acid are more powerful the total is equal to 150 gram tartaric acid.

These days I would not take so many steps. I think it is not necessary to prepare 5 liter, 15 liter, 21 liter, and finally 25 liter.

Posted in Wine | Comments Off on Elderflower Wine

Saltier than the Red Sea

To protect cheese and for flavour salt is added. On some cheeses it is added to the outside or to the curds.

In other recipes the cheeses will be put in brine. The salt will slowly dissolve in the cheese.

The salt removes water from the rind and makes the environment less attractive to bacteria. Adding salt increases the shelf life of cheeses.

The mother culture will also be affected and the cheese becomes less sour.

Since the salt decreases the size of the curd particles it also changes the structure. 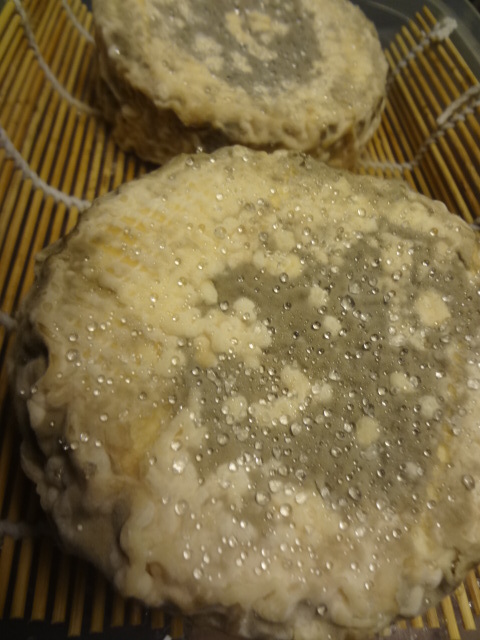 In the literature it is advised to use salt without iodine because it is supposed to be bad for the cheese bacteria. I have made cheese with normal table salt and it worked fine. I am not sure if this is a real problem or just a cheese myth.

After reading a few books and some research on the internet I decided for the following brine solution:

It is no exact science. A few grams here and there are no problem. To check the brine a brine scale is used. I don’t have one but it is in fact a hydrometer with a different scale. So why not use the hydrometer for wine? The S.G. of the solution is 1155.

During the time in the brine Calcium leeches out of the cheese. ClaciumChloride is added to the brine to decrease this effect.

The solution can be used several times and improves because the “Calcium Leak” becomes smaller when several cheeses have leaked their Calcium.

Obviously you have to add salt to the brine to replace the salt used in the cheeses.

So far everything was clear.

Here is where it all went wrong!

I am a big fan of smelly cheeses like Munster. Love it!

These cheeses acquire their “aroma” by Brevibacterium Linens. This bacterium thrives on feet and in moist conditons.

Therefore the recipe for Munster mentions that you should wash it every 2 days with a brine solution.

Which I did without the expected result. The rind of the cheese should become muddy. And smelly. The cheese turned yellow but it dried out. The bacterium did not live.

The cheese was horrible. Way to salty! No surprise that the bacteria died.

The solution for cleaning is a lot weaker than the solution described above. After this mistake I use a solution of 1 teaspoon in a cup of water to clean cheeses. Then you will have the horrible yellow mud on on your cheese. It is hard to believe that this is the way it should be but that slimy, smelly goo is what want on your cheese.

Posted in Cheese | Comments Off on Saltier than the Red Sea